I'm sure at least a few of you know that it's World Book Night tonight (at least I hope the writers among you knew).  Anyway, I found out about it too late to become a volunteer - and quite frankly I have no idea where I'd give out masses of books.  But, quite by luck, I stumbled upon Nicola Morgan's Idea.  Now, just to be clear - I agree with her that WBN is a great idea, but it's not necessarily the ONLY idea that can work.  Anyway, the gist of it is, we buy a book, write in the front and then give it someone, anyone.  The moment I read this, I thought that I had to join in.

So on Thursday I went to buy a book at my local Waterstone's...only to find that it has closed (and left me a nice little notice telling me that the closest one is somewhere you need a car to get to).  Needless to say, I wasn't impressed.  Okay, I felt a bit guilty about not using it more when it was there (but come on, I'm a student!) but I was also a little more than annoyed that when I wanted to spend my money there, I couldn't.

In true Bethany style, I devised my own plan.  I wasn't going to let the lack of bookshop in my town stop me from participating.  So I decided to give a book that I've read recently and enjoyed.  The book was 'The Summer of Secrets' by Martina Reilly: 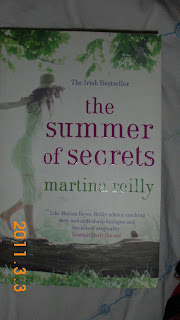 And inside I wrote 'Given in the spirit of World Book Night March 5th 2011 - I hope you enjoy as much as I did.' 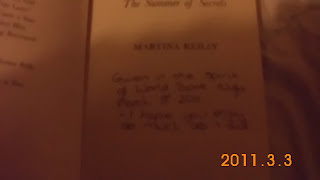 I figured I'd write the inscription as this picture is really fuzzy!

And who did I give it to?  Lucy from Heaven Is a Cupcake as I know she is an avid reader.  I realise that many of you are now wondering why I gave it to a reader - the answer is simple.  Just because you read, doesn't mean that you have read everything (in fact, I would love to meet anybody who can claim this).  I hoped that it would introduce a fellow reader to a book that they probably wouldn't have picked up their own.  And the reason I chose Lucy in particular?  Because I was receiving an order of cupcakes!

So, for good measure, here's a pic of the gorgeous cupcakes she created for my friend's surprise baby shower: 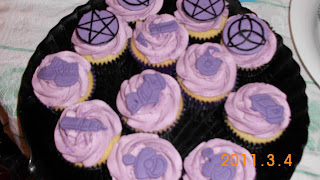 Email ThisBlogThis!Share to TwitterShare to FacebookShare to Pinterest
Labels: Thoughts on Stuff No One Really Cares About

Heaven is a Cupcake said...

And it was much appreciated, thank you :D I like getting books or recommendations of things I've never heard of or would not normally read myself. There are so many books out there, you cant possibly know them all yourself so you need others to help inspire you :) Glad you liked the cupcakes x