The Mother Instinct: Memories That Have Made Me


So much has happened in my life already, and a lot of those experiences have stayed with me.  They are not all monumentous, nor are they all life changing.  But every single one of them (and the countless more that are buried deep within me) have made me who I am.

I hope others will join in with me and post their own memories on their blogs (or in the comments).  I will be posting mine every Friday, but it doesn’t matter when you write yours or if you wish to do them fortnightly or monthly – your writing should fit with your schedule.  If you do join I ask that you link to my blog with this link: http://emptythoughtsrewritten.blogspot.co.uk (until I’ve worked out how to create a button for you to display) and that you will link your POST (not just your blog link please) in the comments each week (until I’ve worked out how to make a linky thing for you to add your links to – I’m really not very tech-savvy!). 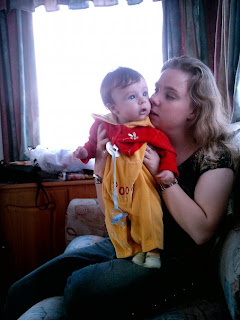 I am going to say the thing that no one is meant to say – most babies are ugly, and all they do is eat and cry and poop.  I can just about cope with children (as long as I can give them back after a couple of hours), but I really don’t like babies and toddlers.  It’s nothing against them, just that I don’t really want to be near them as they kind of gross me out.

So it’s probably no surprise that I have never wanted to be a mother, though I’ve learned it’s best not say never; but even if I did one day decide I wanted children, I would prefer to adopt.  That’s why the feelings I was hit with when my baby brother (now five) was born, completely caught me off guard.

When my Mum first got pregnant I have to admit that I was a bit on the fence about how I felt about it.  But then there was a miscarriage, and so when she got pregnant again (I should probably add here that my parents were actively trying to get pregnant), I had more or less accepted it; though I vowed I would never feed or change the baby (which I never did).

I remember that I was watching a play at college when I got the news that I had a new baby brother.  My classmates and I always went out after shows, and that night I had drinks bought for me to celebrate (a bit weird in my opinion but I’m not going to pass up free drinks!).

I’m not sure how many days later it was that we went to visit my Mum and the new baby.  The first thing that struck me about my little brother was that, not only was he tiny, he was actually cute, and thankfully had some hair (probably a factor in the cuteness).  And when I picked him up I almost cried from the rush of emotions that flew through me.  I felt unconditional love, but more than that, I felt worried that if anything happened to my Mum, I wouldn’t truly be able to look after him as I couldn’t produce milk.  In that moment, I felt like a mother who was unable to care for her child.  I don’t know how other people react to having a new sibling, but that certainly wasn’t how I expected to feel.

I was embarrassed at the time to feel so effected by the baby, but now I’m fairly certain that it was nothing more than a biological response.  Don’t get me wrong, I love my little brother (and all my siblings), but that first moment was different. I believe it was my age (19), and that he was biologically related to me, that created that surge of motherly instinct.  In honesty it was kind of a relief to know that I have it in me, as I’ve always been met with ‘you’ll change your mind’ whenever I say I don’t want children, which caused me to believe that I was weird for not wanting them.  Nonetheless, it was a surprise to discover just how deeply we are imprinted with our biology.

Email ThisBlogThis!Share to TwitterShare to FacebookShare to Pinterest
Labels: Memories That Have Made Me, Thoughts on Me